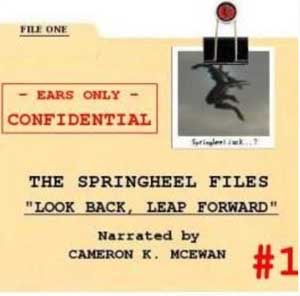 With exclusive interviews, commentary and clips, this specially extended File #1 not only documents the production of the first series and explores the facts behind the fiction, but also looks at what lies ahead in Series Two…

Narrated by Cameron K. McEwan With contributions from the cast of The Strange Of Springheel’d Jack

Edited by Marie Tueje, With thanks to George Maddocks, Produced by Jack Bowman and Robert Valentine for Wireless Theatre